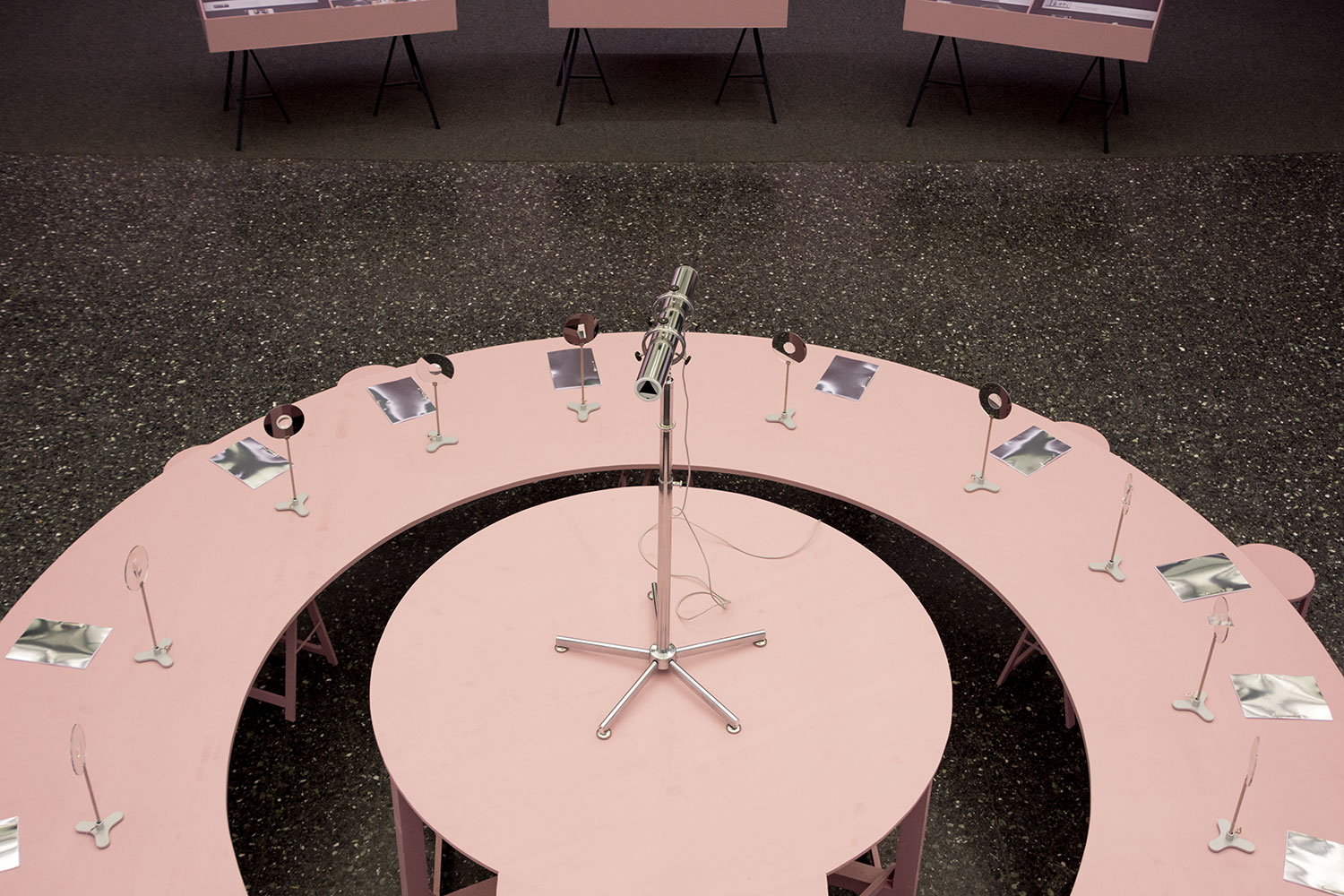 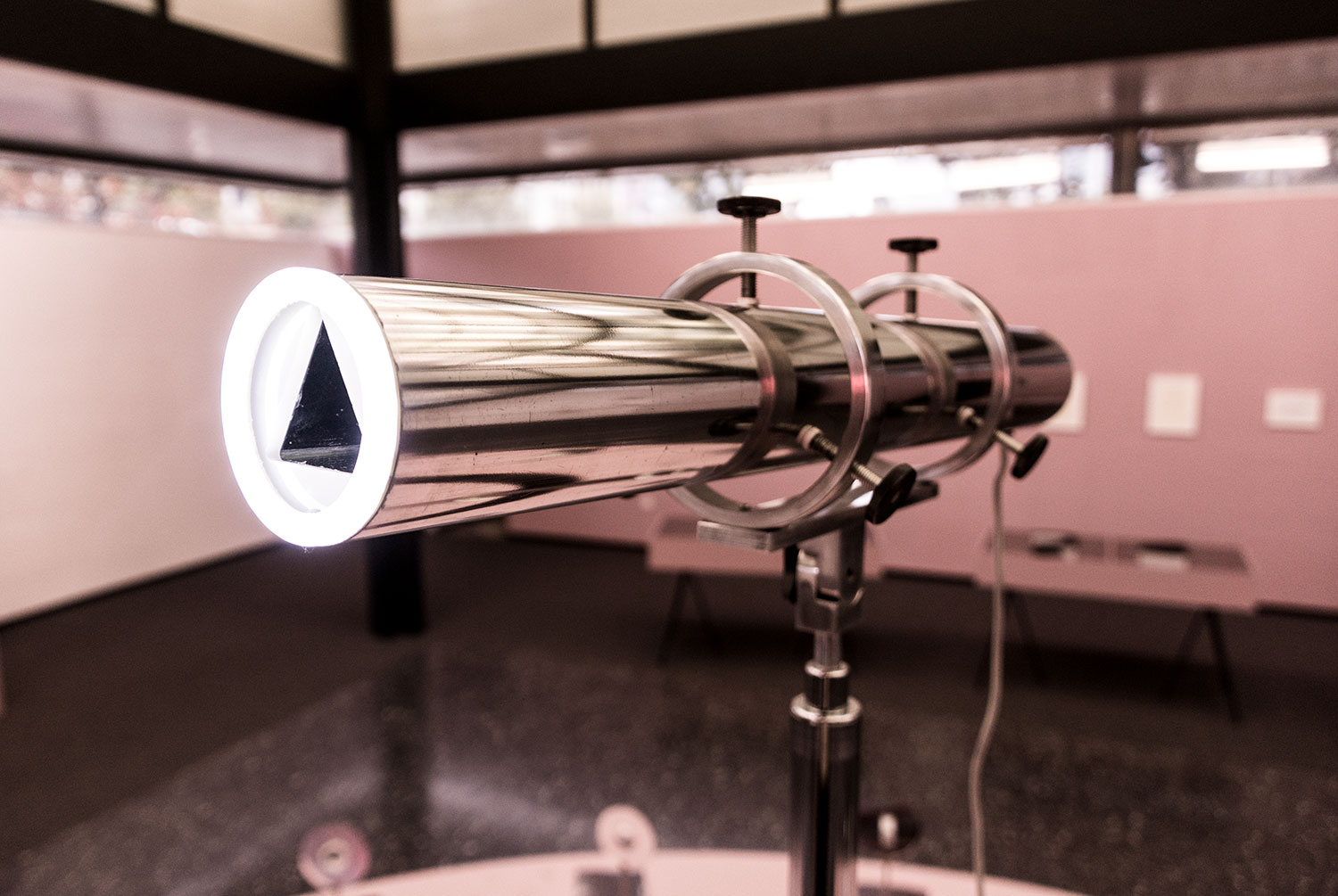 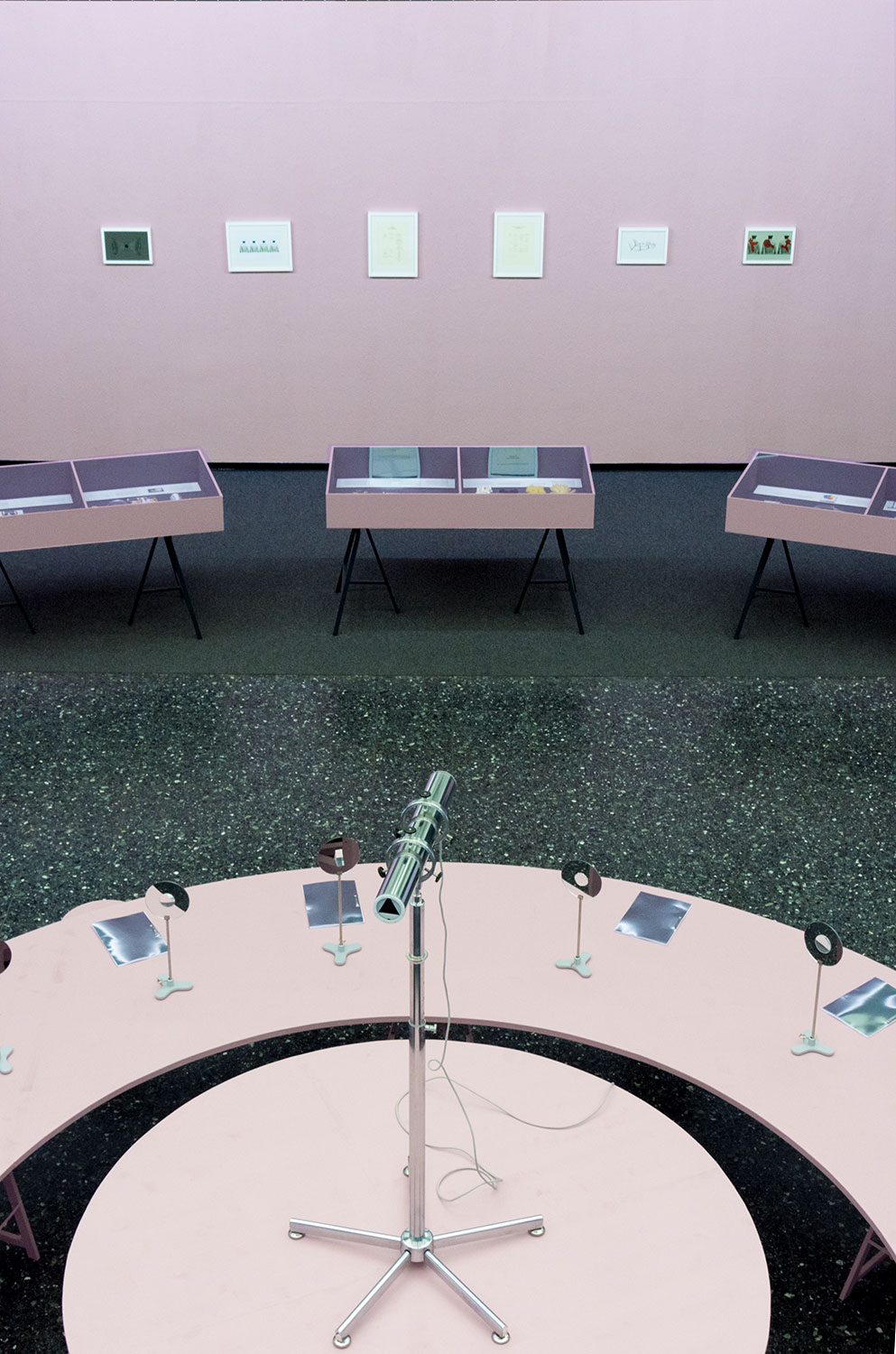 “And might there yet be in nature quite different vibrations which are too fast for us
to experience as sound, and too slow to appear to us as light? Is there not perhaps
a sounding of outer space that is audible to ears quite different to ours?”
Karl-Ernst von Baer, 1864

The cybernetic perspective on the world considers human beings to be part of a larger, nonhierarchical system made up of humans, machines and other agents, interacting with one another in automatic reciprocity. Cybernetic thinking is more relevant than ever in the face of the present dynamics of algorithmic control within social realities. Considering how the human is integrated into a wider system and acknowledging humans’ limitations means opening up a space of possibilities.
The artworks of Susanna Hertrich describe this space; they imply it and simultaneously move within it – then deconstruct it. In the scenarios that she fabricates, various apparatuses promise to countervail the limitations of the human sensory spectrum by means of “sensory prostheses”. Nonetheless, these objects essentially remain vessels for a critique of the contemporary.
The title of the exhibition– “Die Abhängigkeit unseres Weltbildes von der Länge unseres Moments” [On the dependence of our world view on the duration of our moment] – is taken from the 1864 lecture by Russian biologist Karl Ernst von Baer, in which he discusses at large the subjectivity of human sensory perception and thus lays the foundations of a theory of virtuality. The limitations of human sensorium are a recurring concern in the discourse of cybernetics – and the work of Susanna Hertrich. 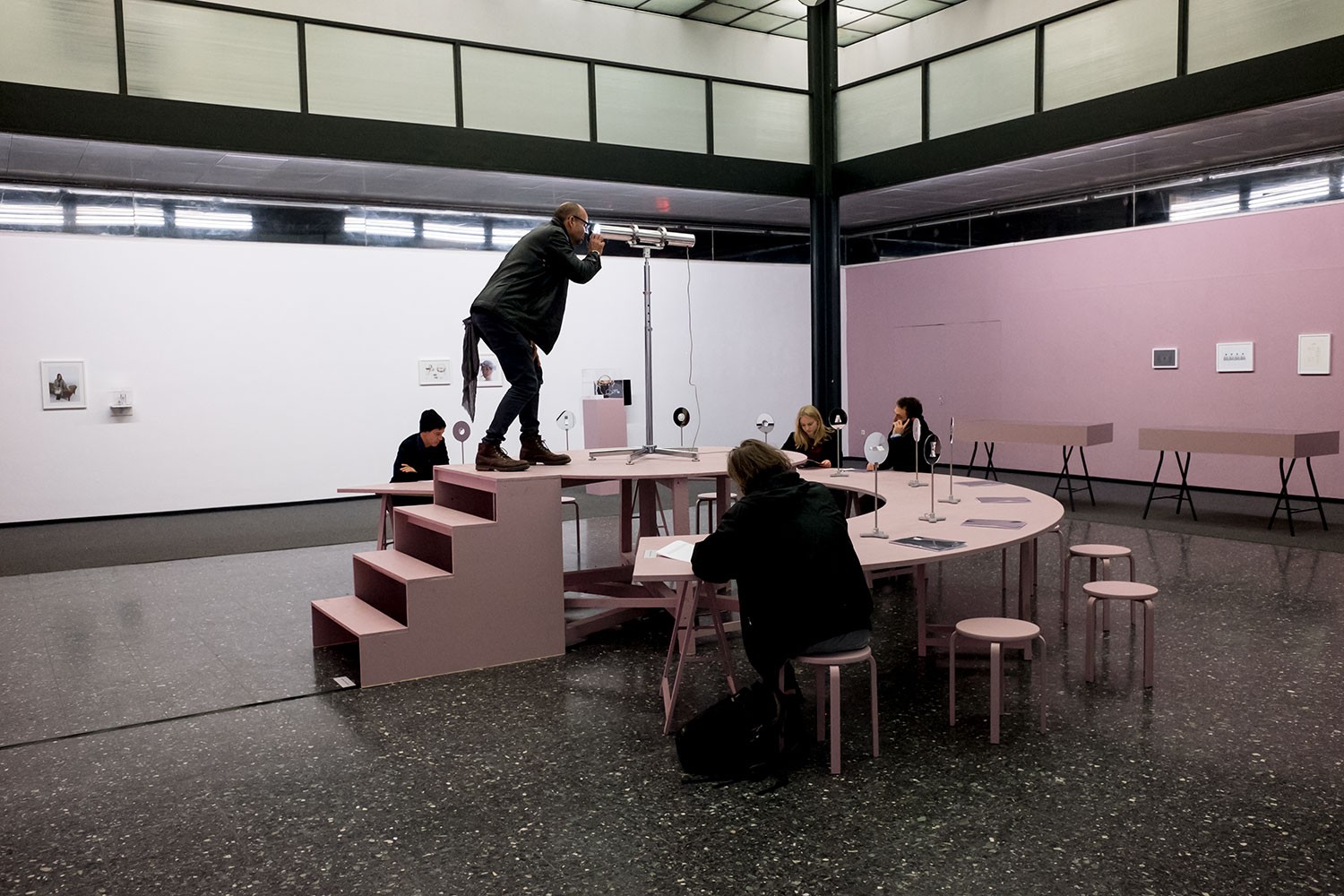 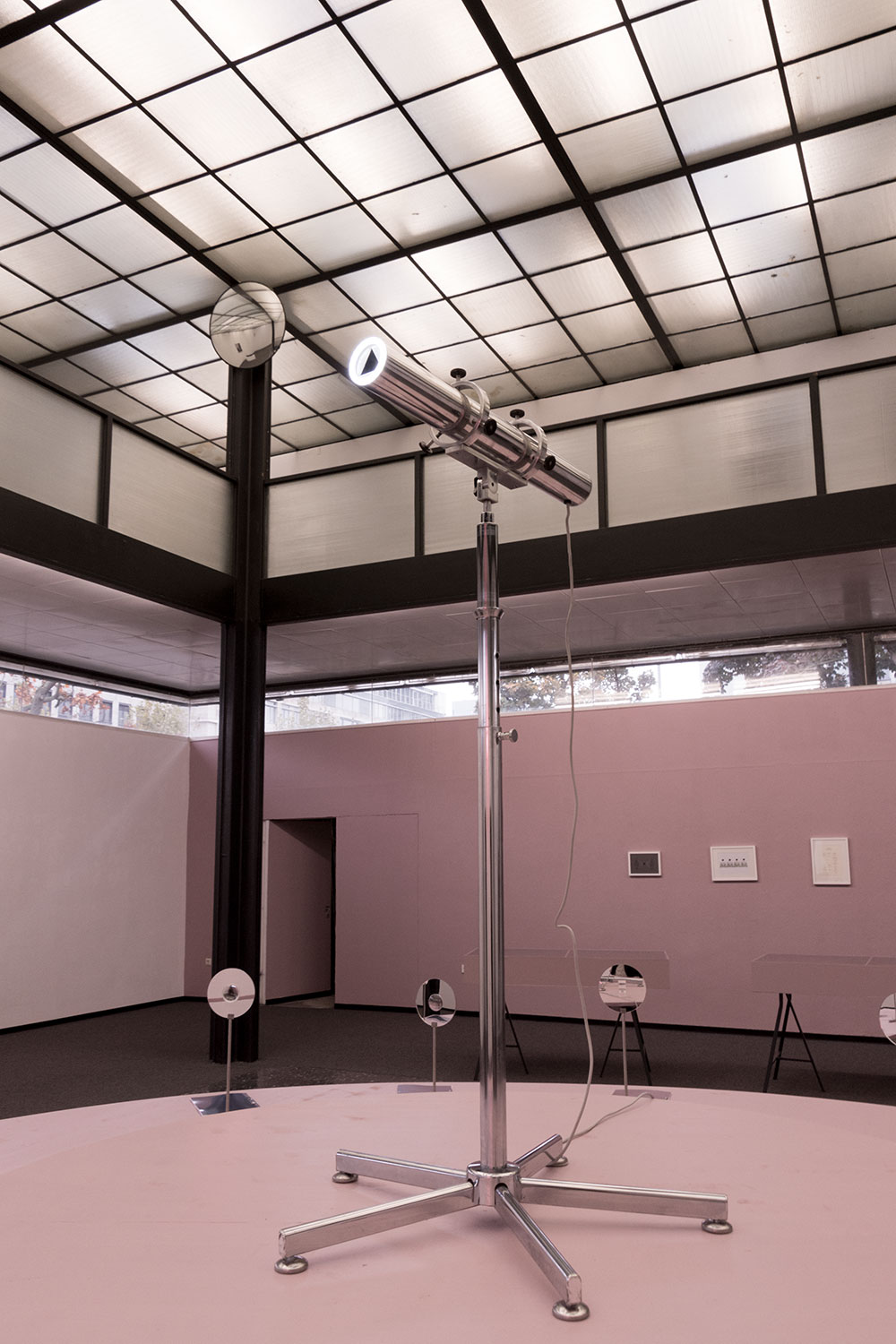 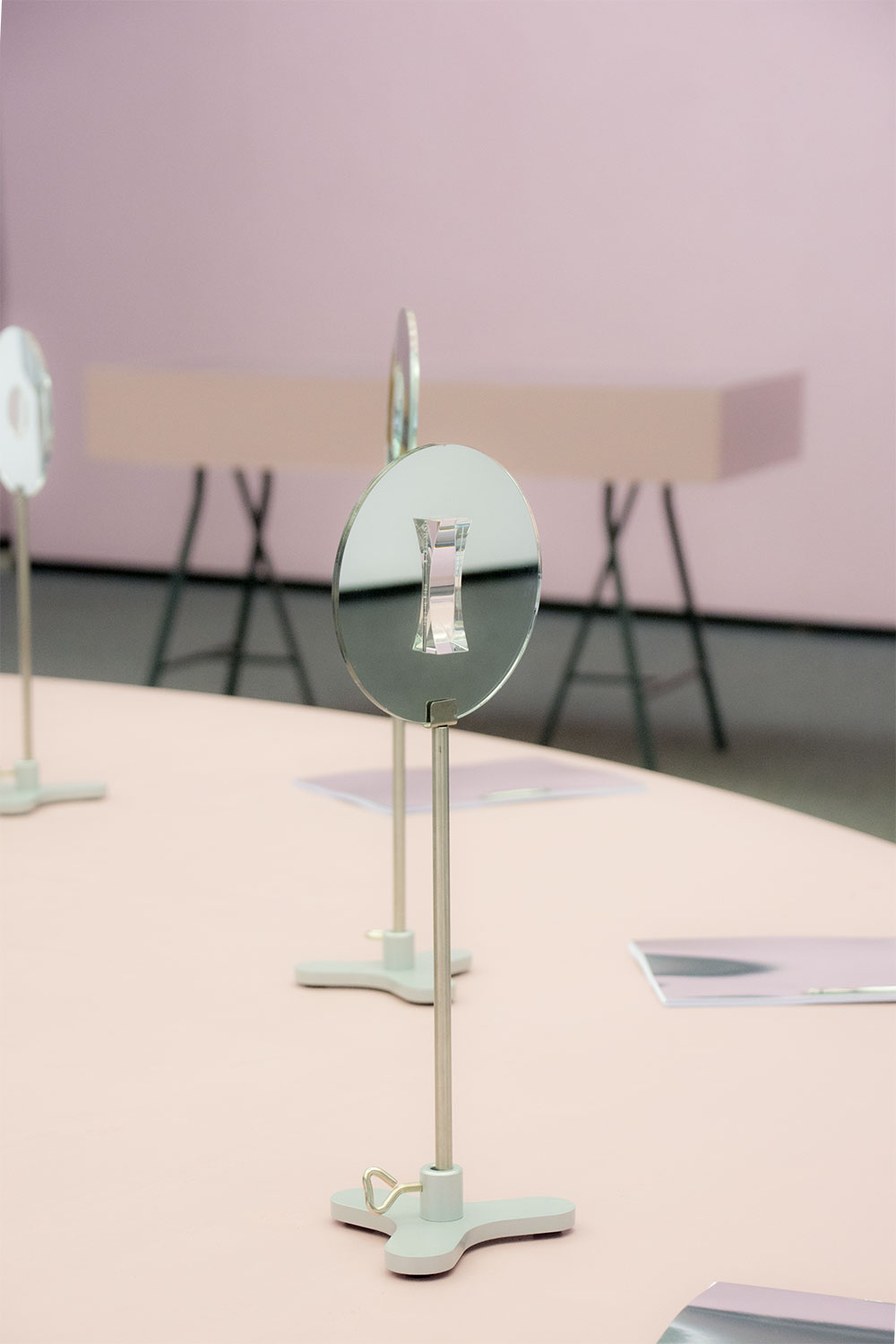 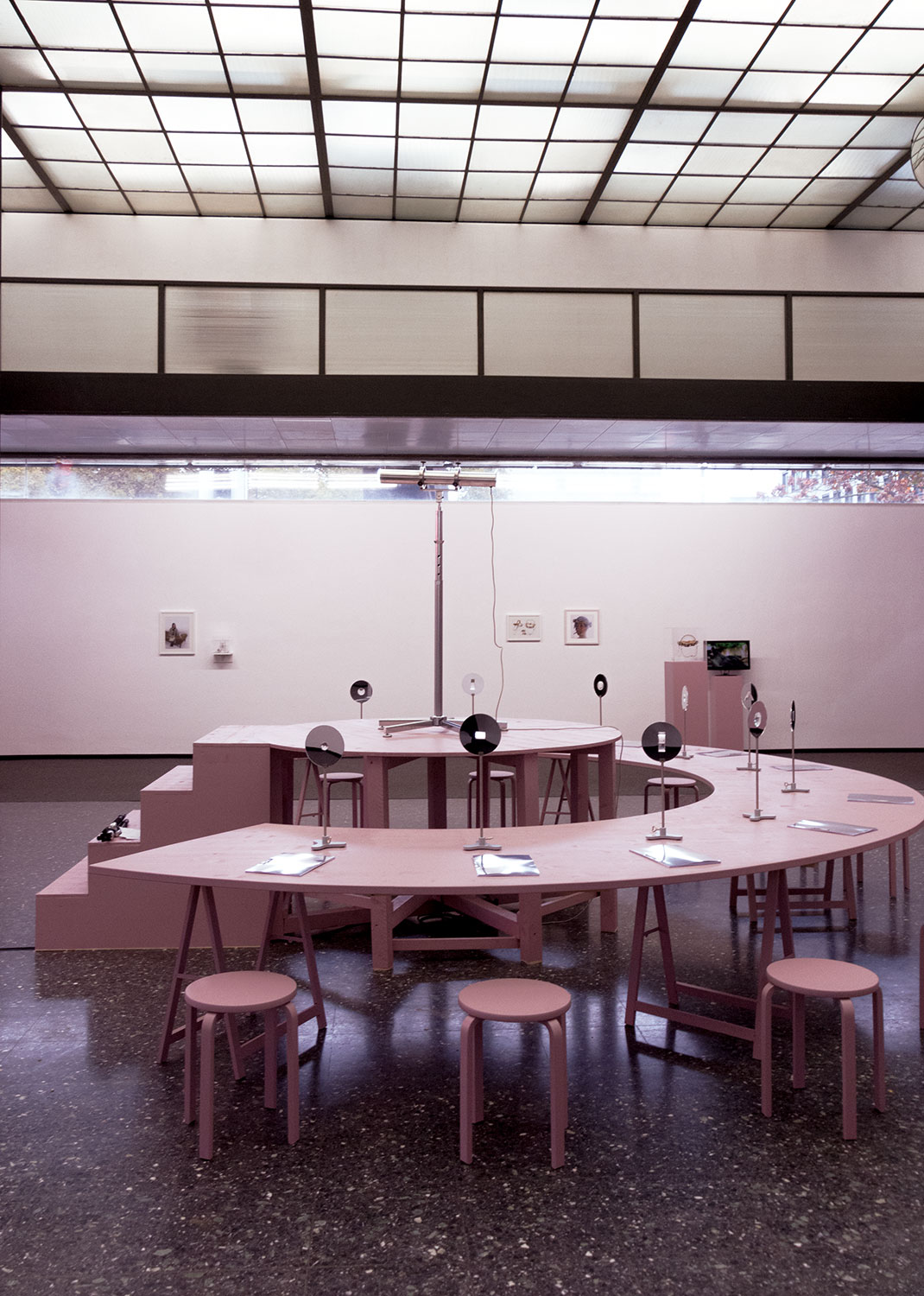 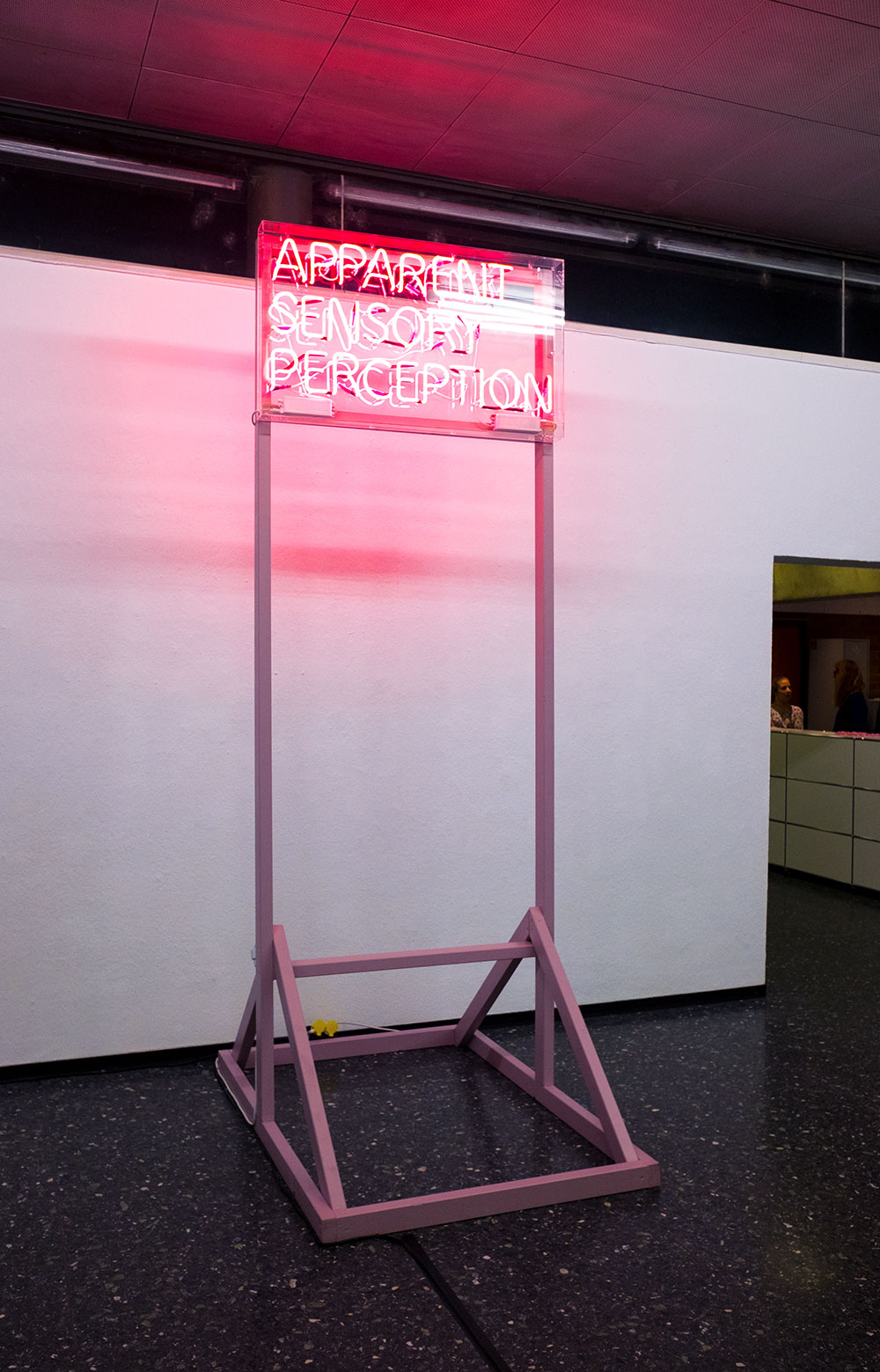 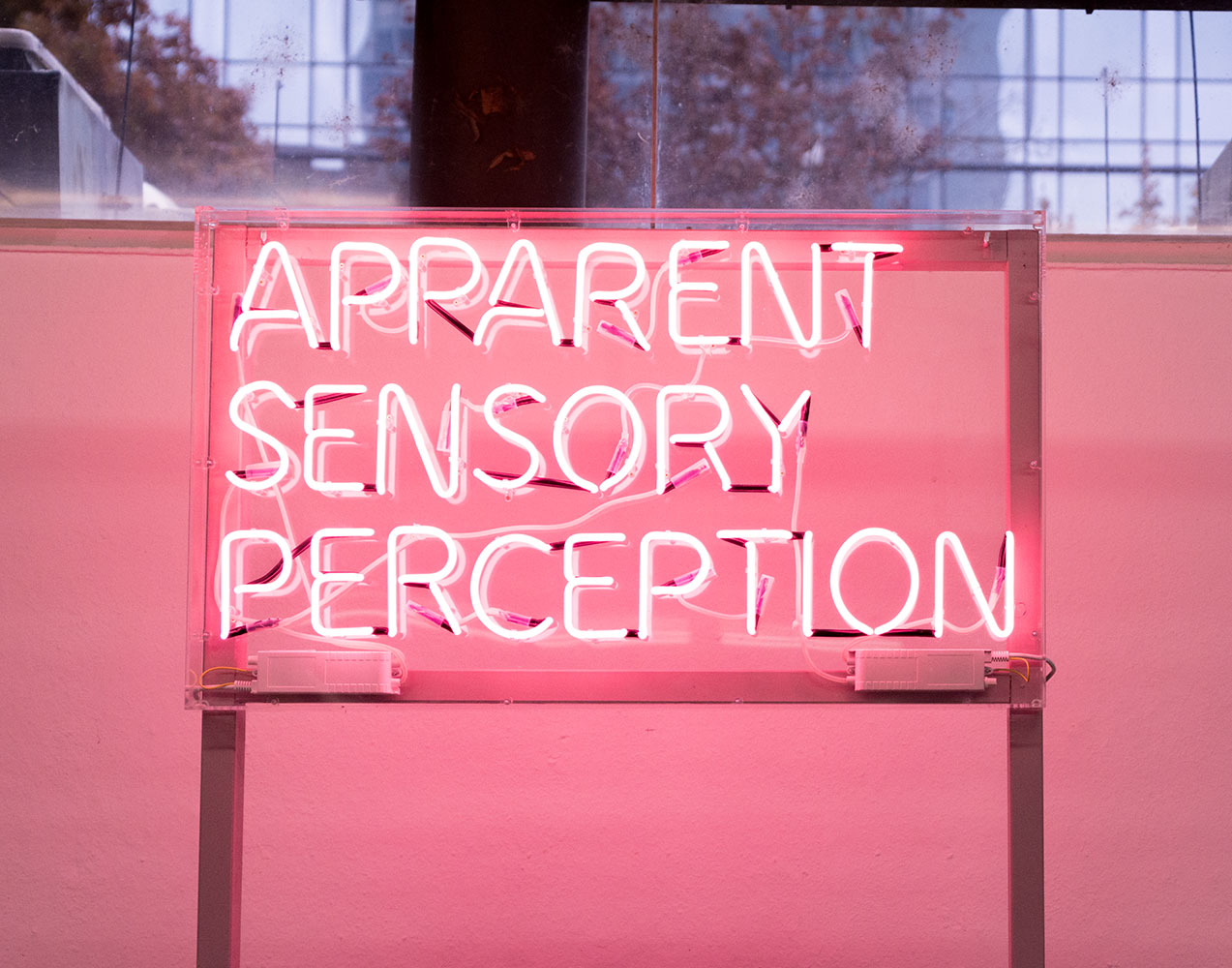 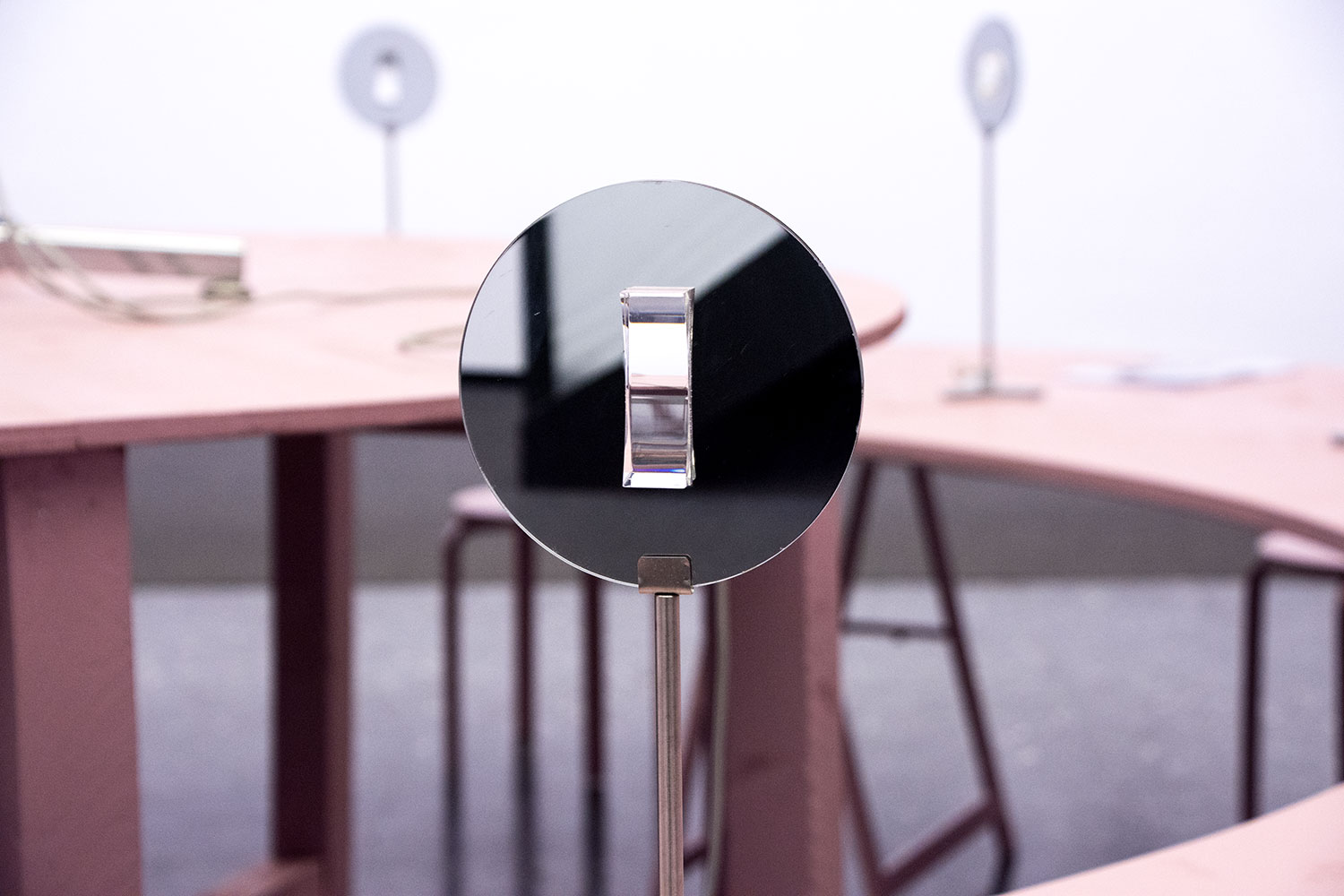 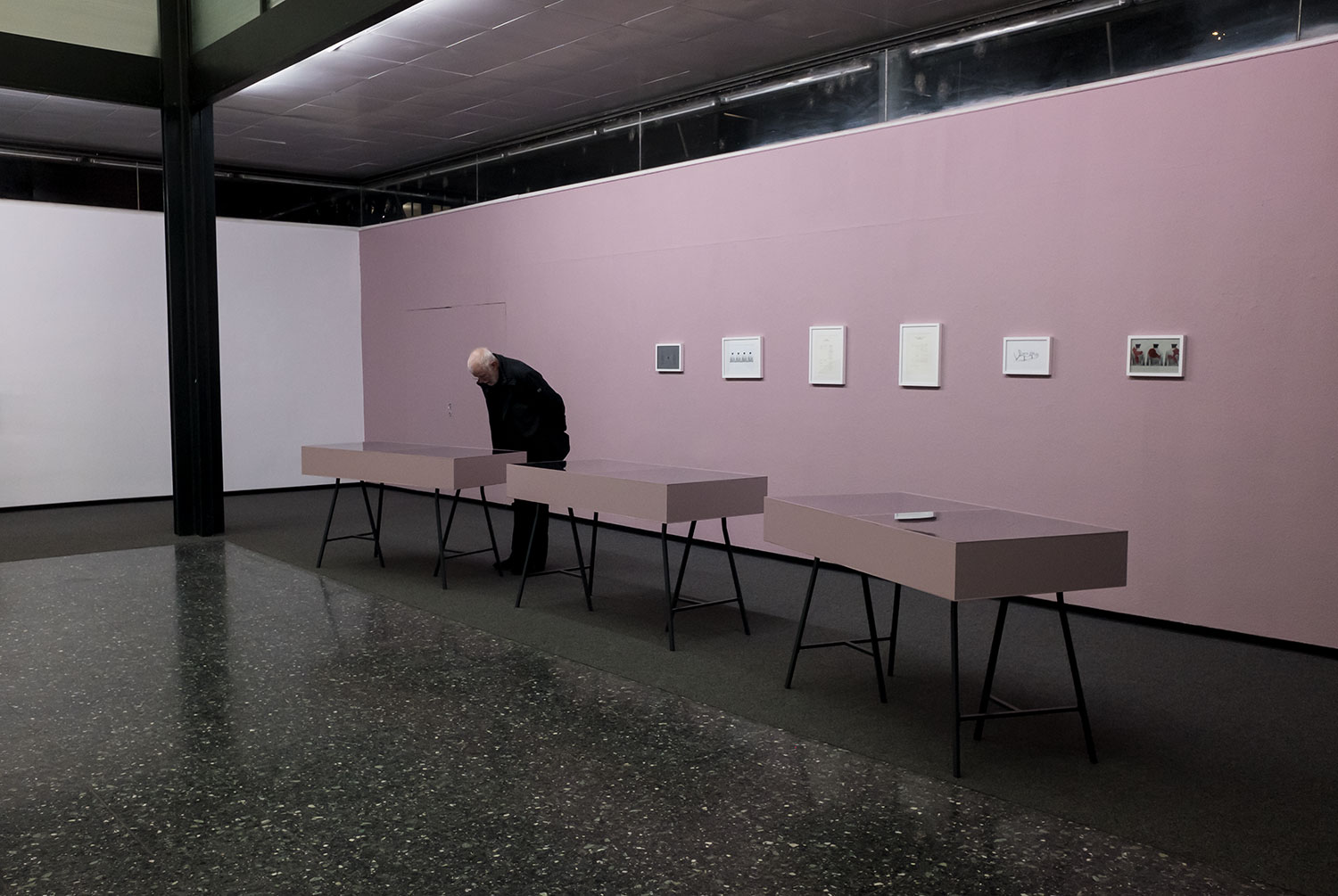 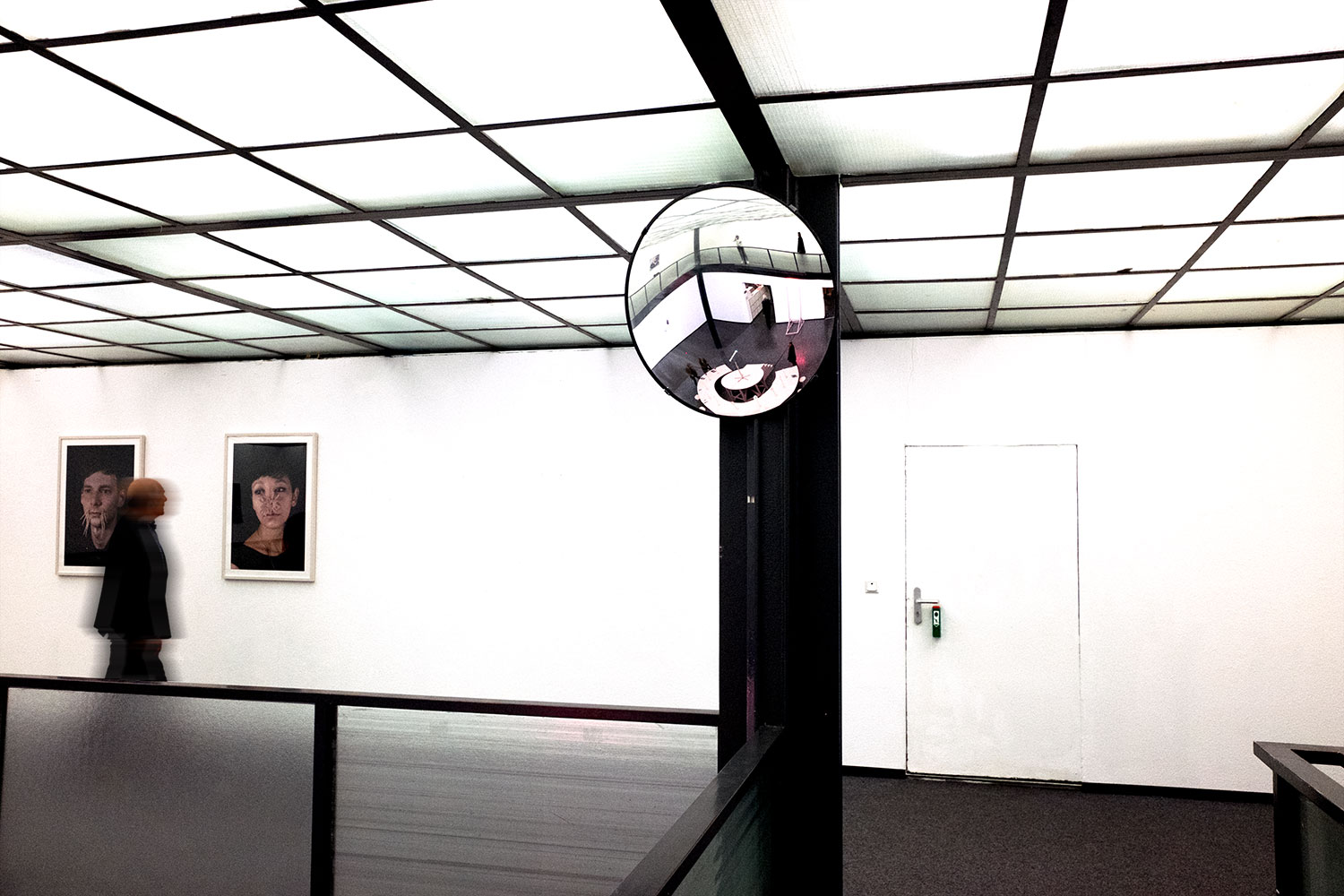