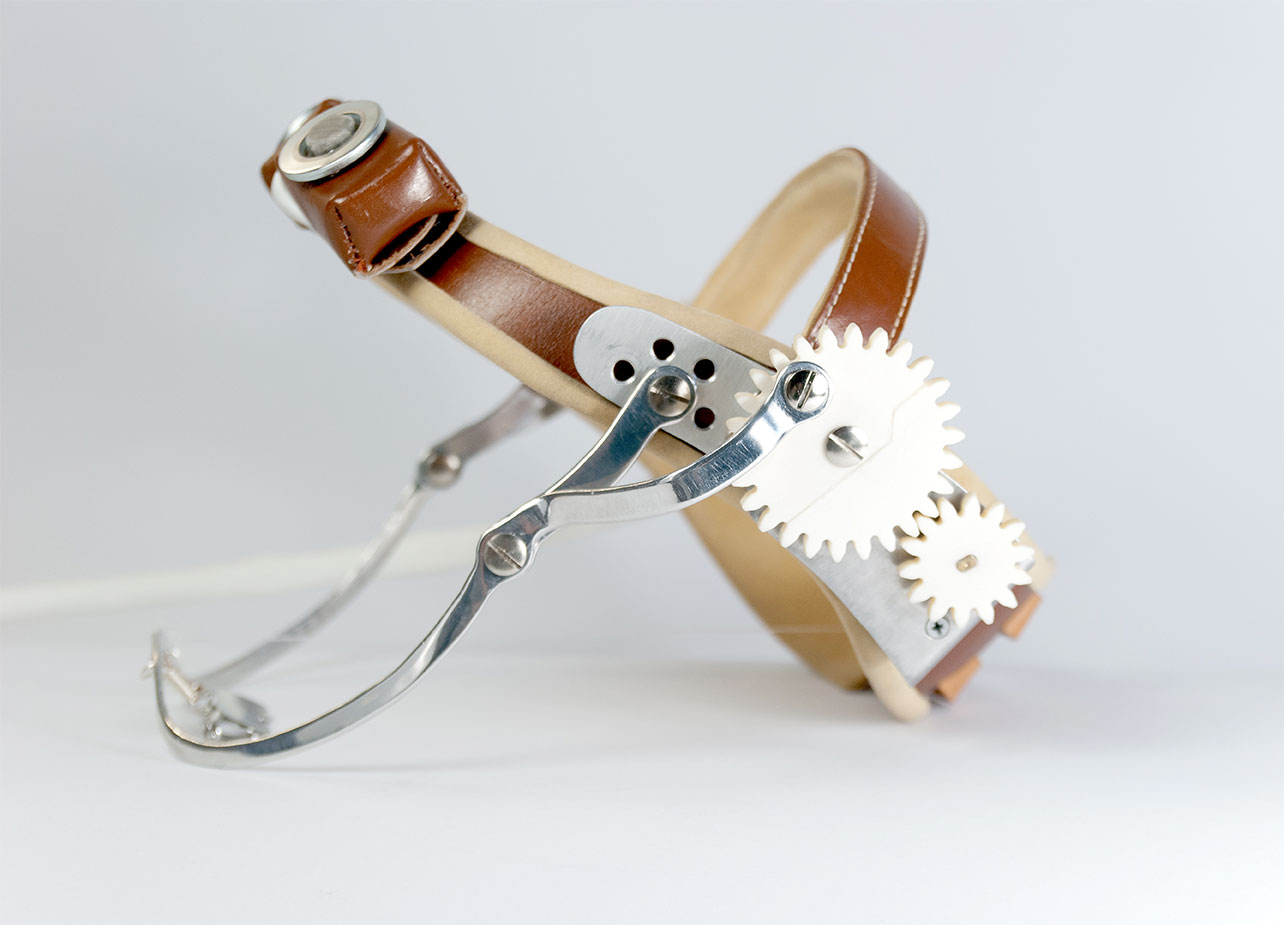 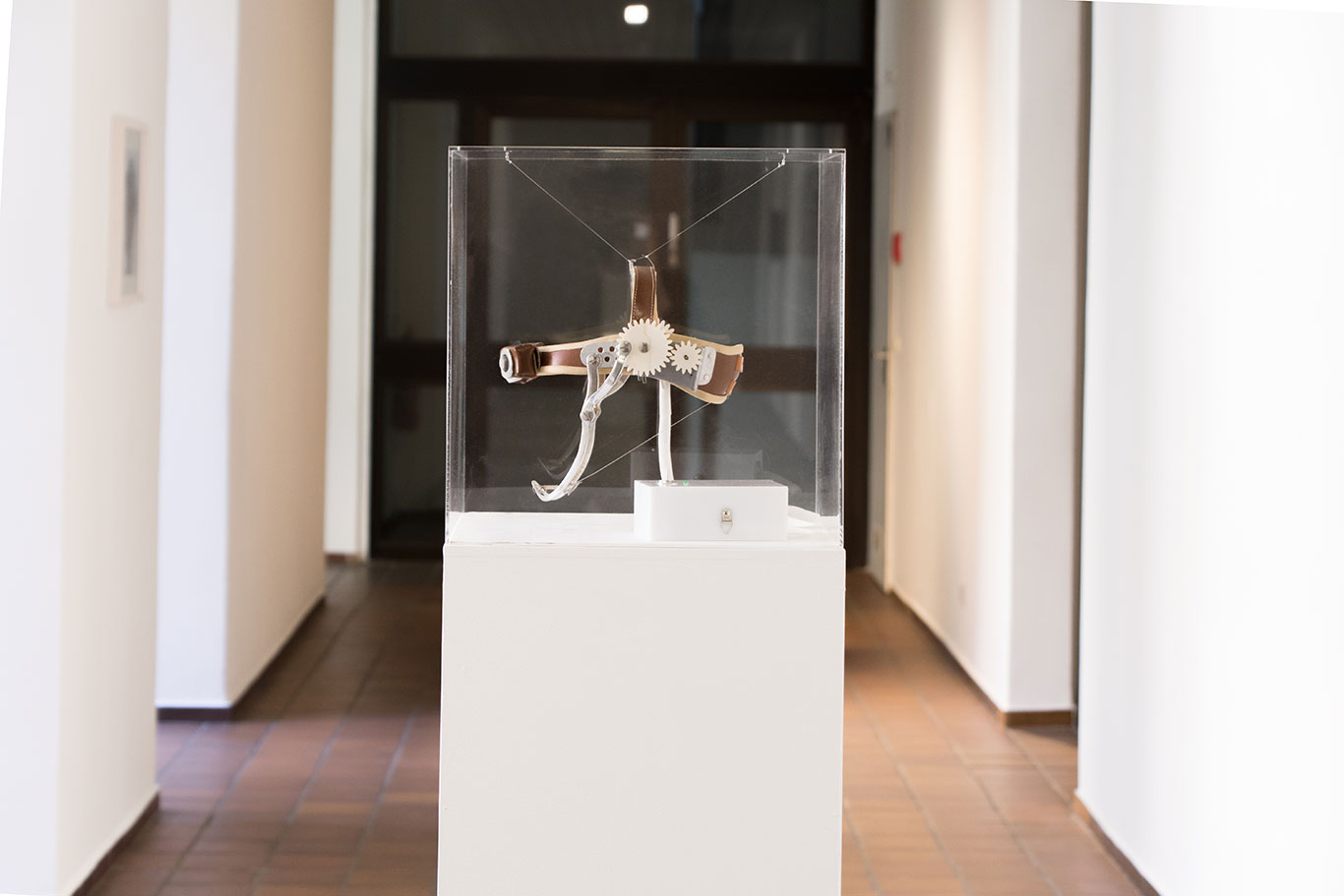 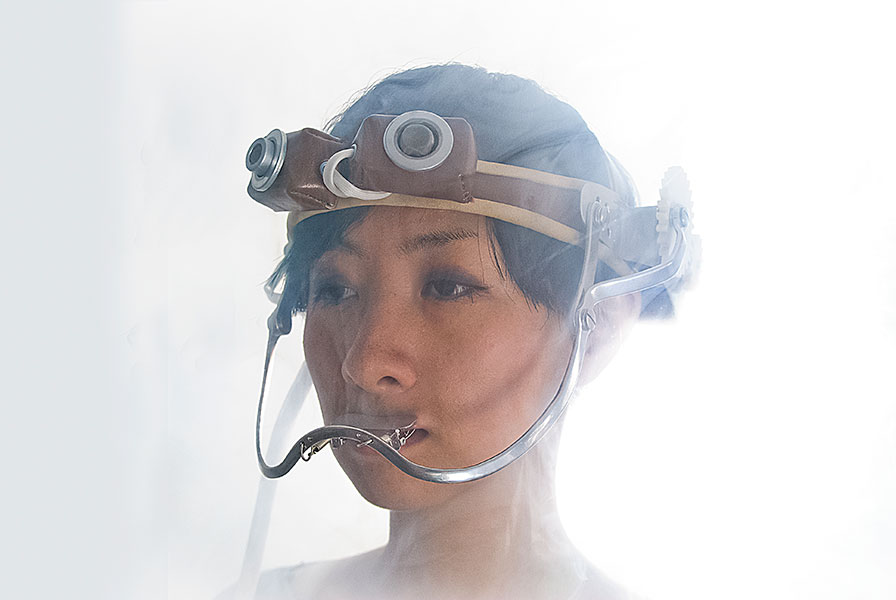 Environmental pollution has increased as China has industrialized. Particularly air pollution in big cities such as Beijing is reaching the point of threat. Jacobson’s Fabulous Olfactometer is a sensorial prosthesis that derived from an artist residency at Tsinghua Media Art & Science Laboratory in Beijing. JFO is a sensorial prosthesis for extreme environments that is inspired by a sense organ called “Jacobson’s organ” which enables certain animals to sense odourless chemicals. Two sensors worn at the forehead register small particles and CO2 levels. When a dangerous threshold is overridden, gears are set in motion and the upper lip is pulled upwards to modify the wearer’s face similar to an animal behaviour called “flehmen”.

…Susanna Hertrich offers a tool for molecular becoming. Her proposition is less about the commons than about the possibility of futurity, and the necessity to become-with animals and techno-objects as a matter of survival. Jacobson’s Fabulous Olfactometer (JFO), a sensorial prosthesis, is worn on the head and triggers the “flehmen response” in the wearer when air pollution levels become too high.11 The flehmen response, which is seen in horses, elk, goats, young elephants, felines, and other animals, is characterized by a raising of the front lip to transfer air containing pheromones and other scents to the vomeronasal or Jacobson’s organ, a chemosensory organ located between the roof of the mouth and the palate. The animal uses the response to detect non-volatile organic compounds, like urine and hormones. In the human prosthesis, the movement becomes a warning device. Jacobson’s Fabulous Olfactometer is a prosthetic becoming-animal. The boundaries of the human sensorium are extended in an adaptation adequate to the molecular threat that we have induced in our environment—capitalism molecularized as the output of fossil fuels, particulate matter, persistent organic pollutants, plastics, flame retardants, and hormones.1 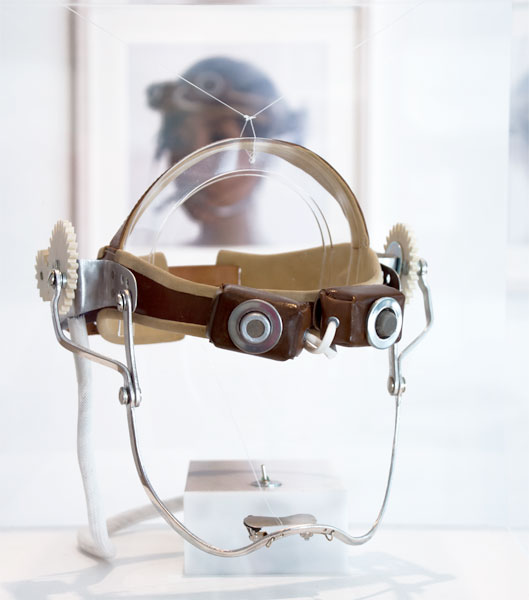 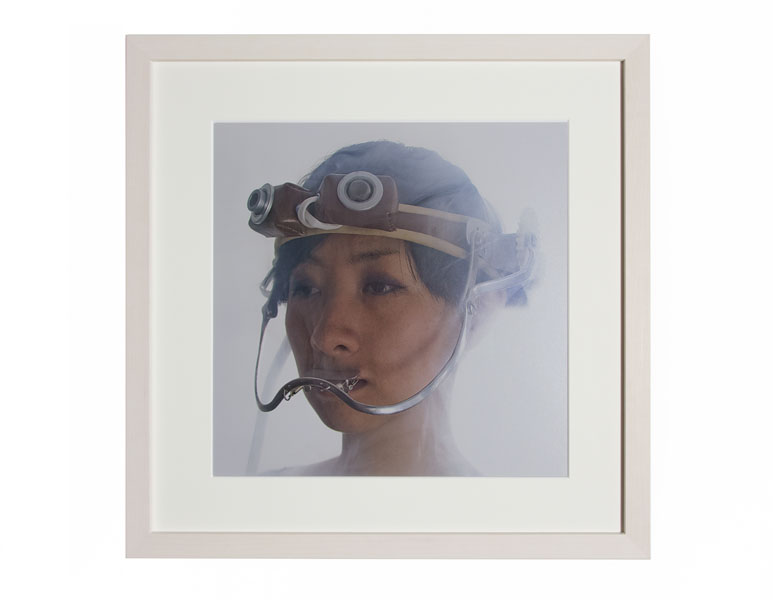 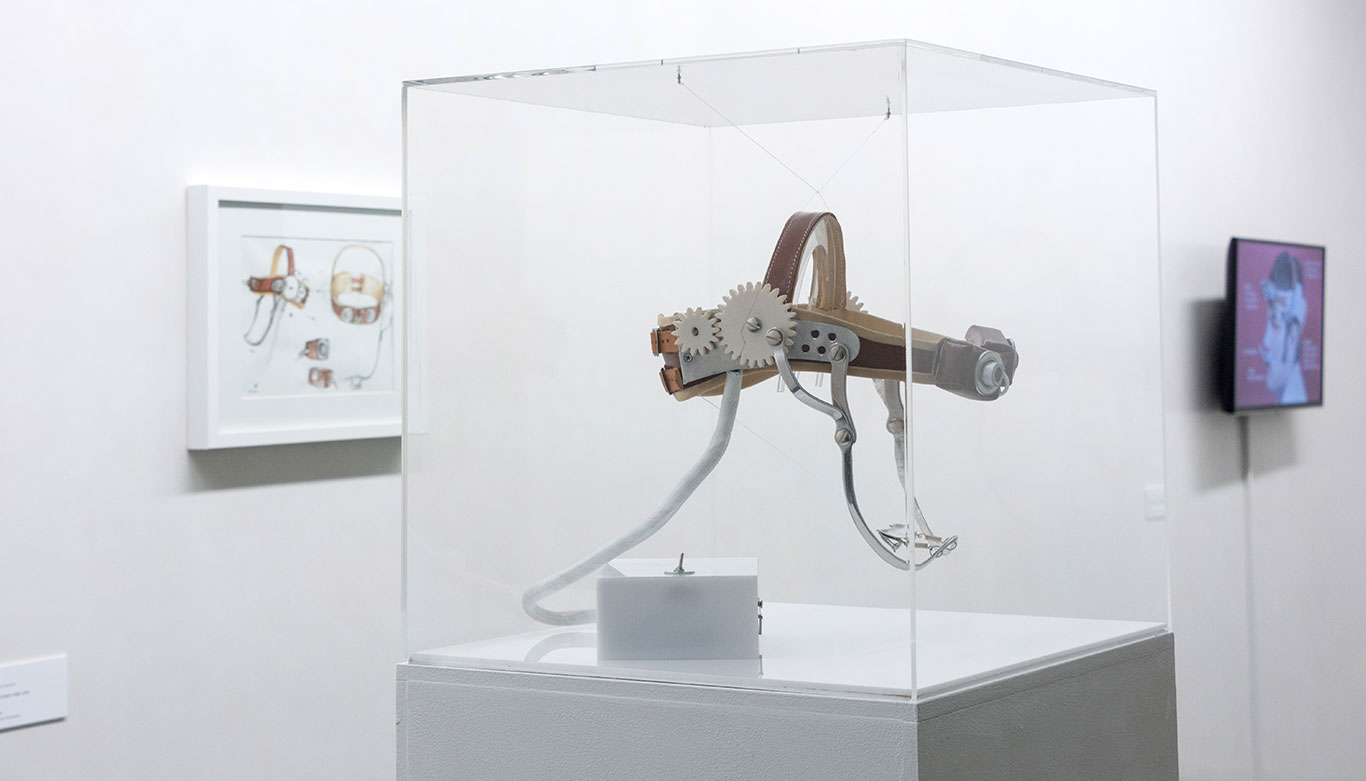 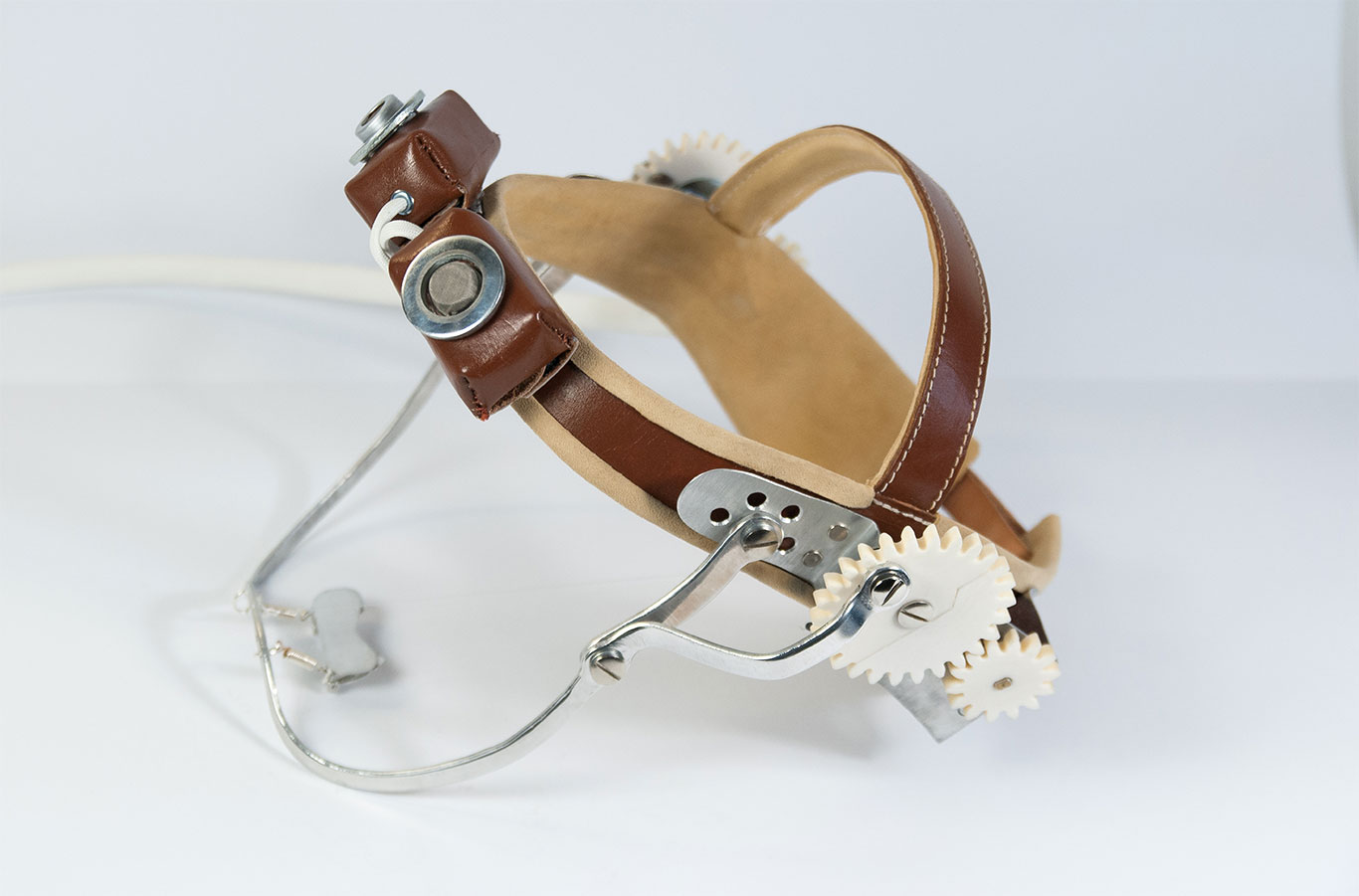 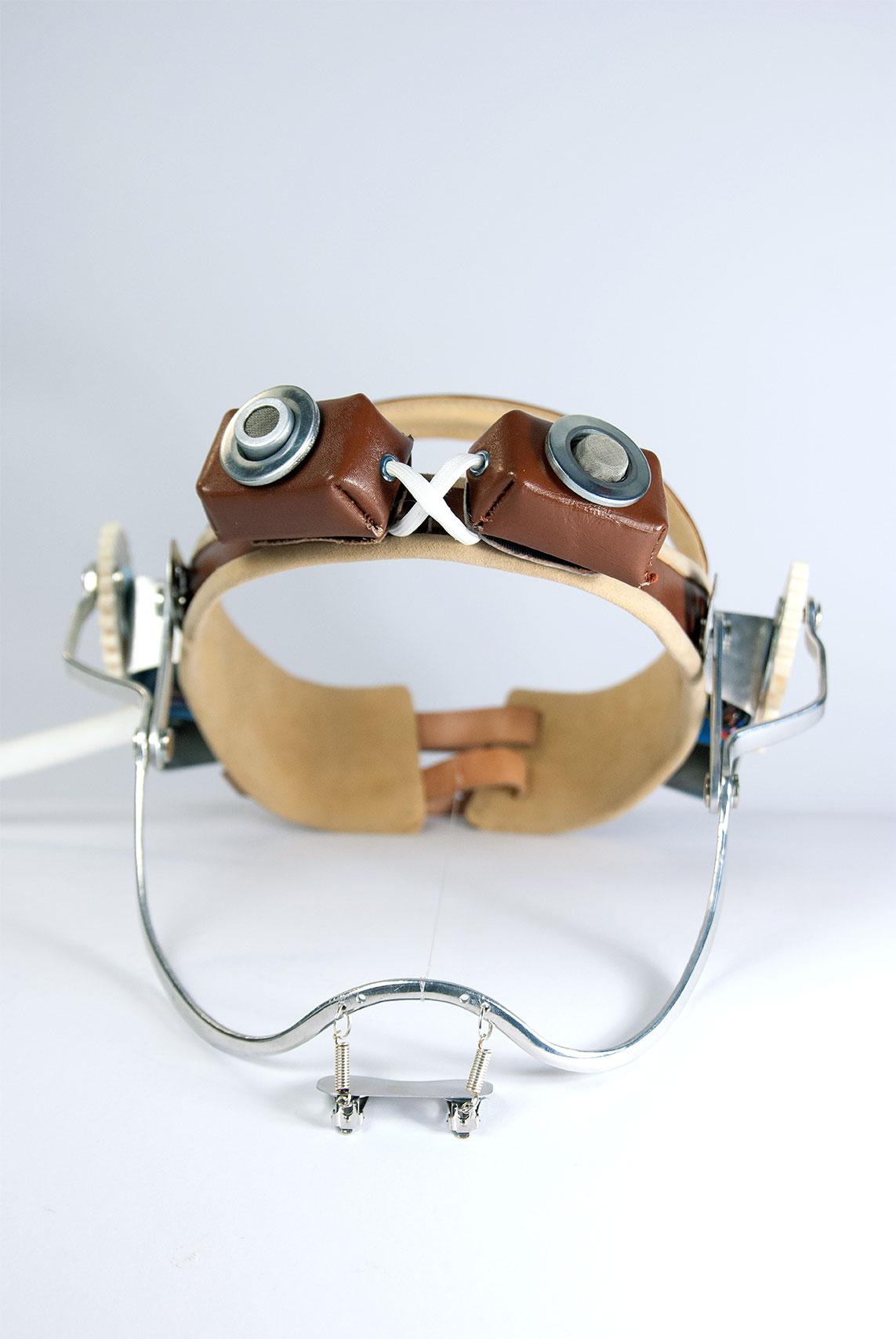 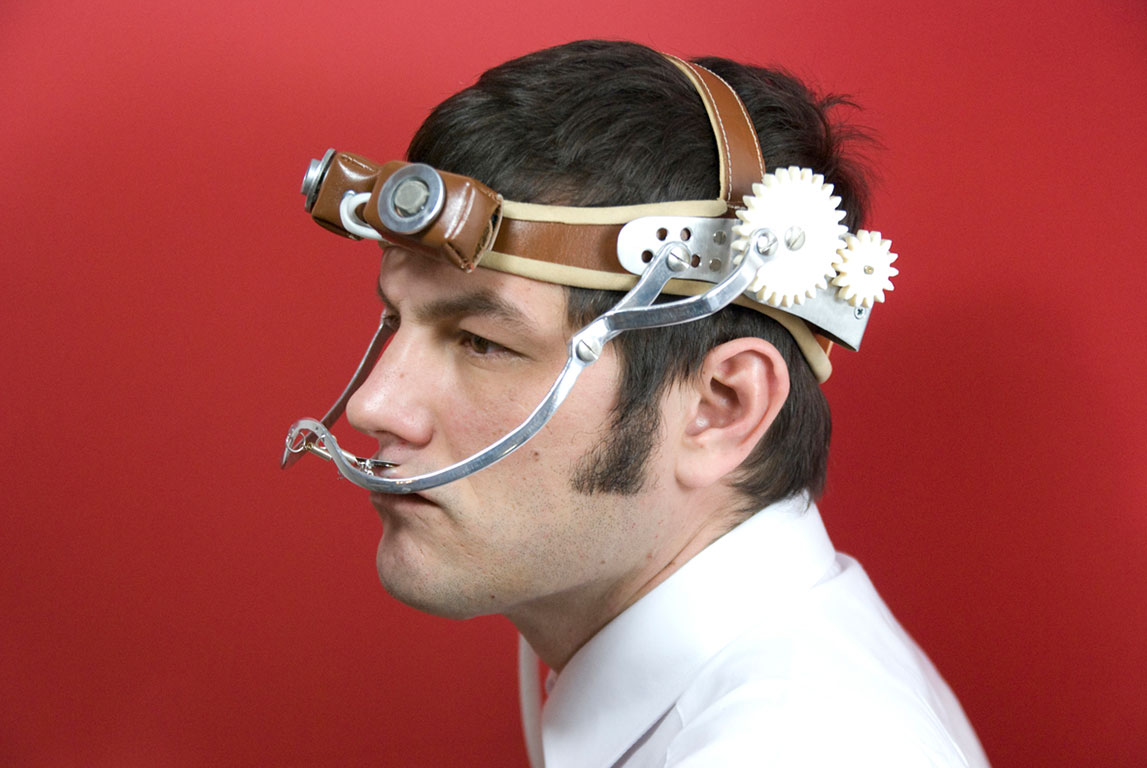