____Susanna Hertrich is a German artist living and working in Berlin, Germany. She studied in Düsseldorf, Tokyo and London and received an MA degree from the Royal College of Art in London in 2008.
Her transmedia practice draws from our relationship to technology in an increasingly technologized sphere. This practice is driven by the artist’s surreal imagining of a novel functionality of objects that operate as a link between reality and fiction, staged in immersive environments that embrace the strangely familiar and play with the aesthetics and discourses of science. 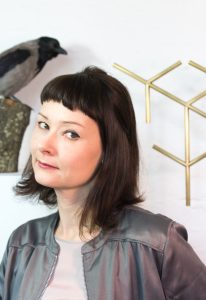