Brighter Than A Thousand Suns 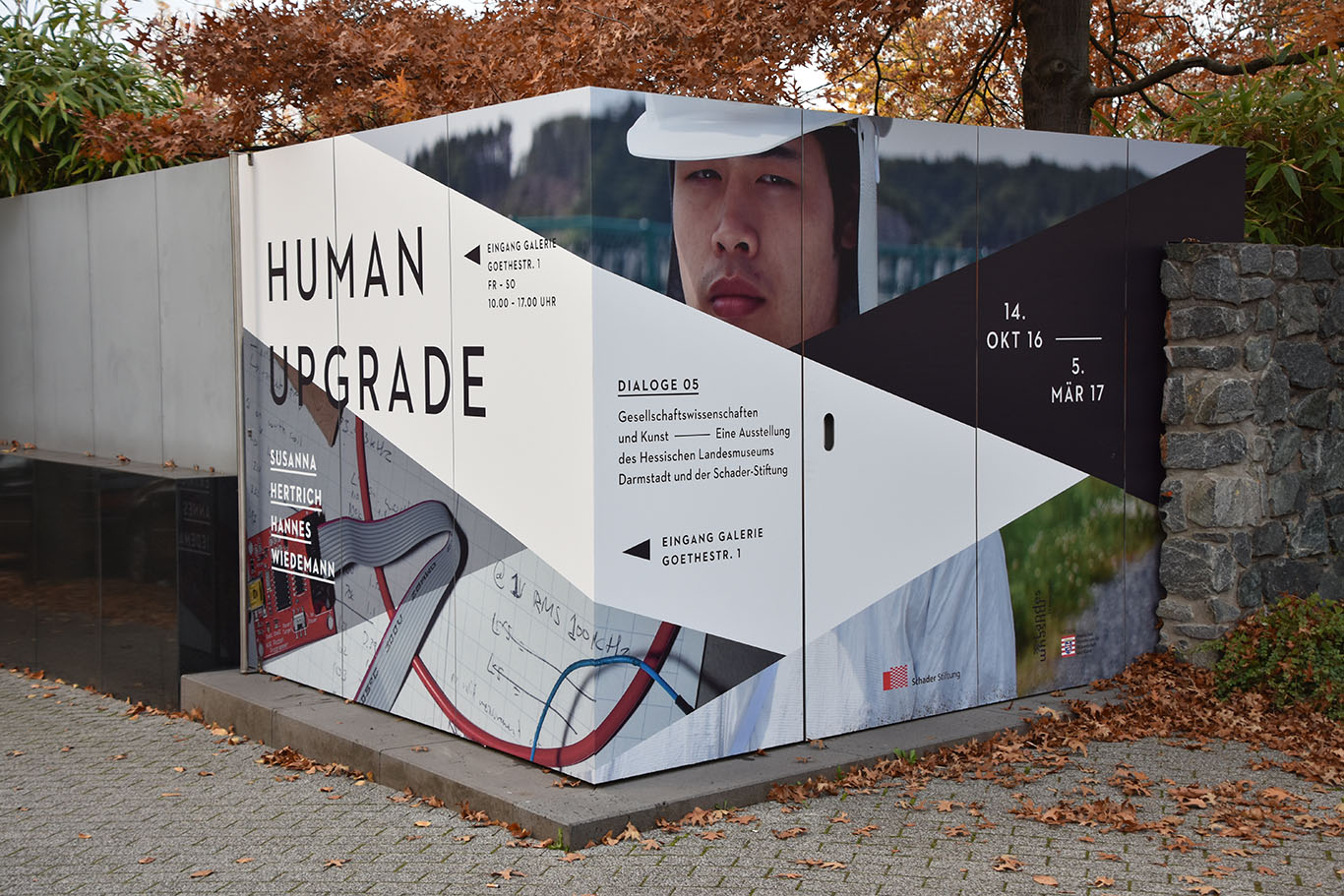 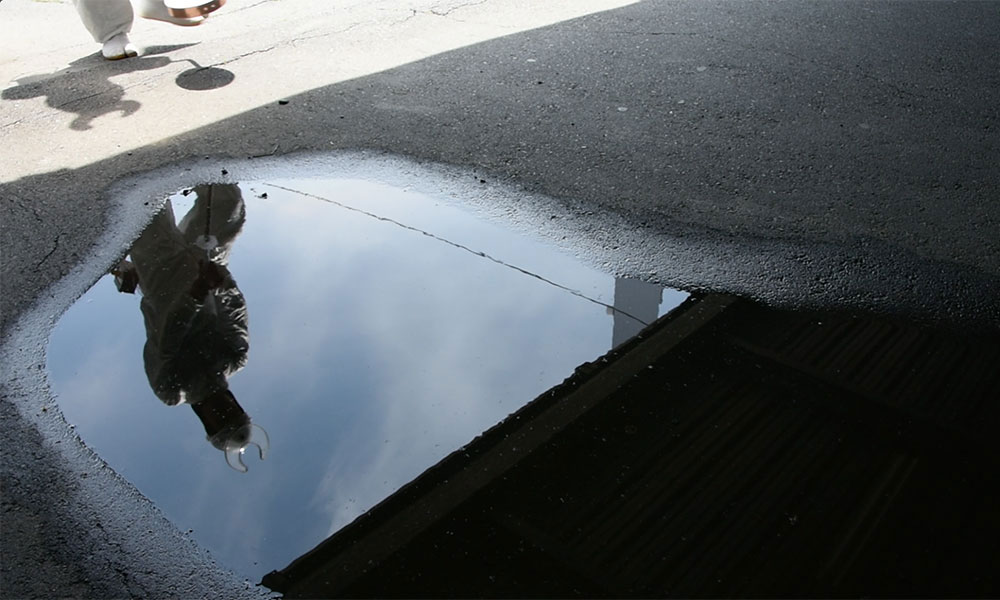 »Brighter Than A Thousand Suns« explores imperceptible radiation in Fukushima’s coastal regions. These lands were devastated in 2011 by two disasters, a natural disaster first which caused massive technological failure: An unusually powerful earthquake bringing along a severe tsunami that struck the coastline, devastating huge areas of the land and killing thousands of people. As a direct result, the nuclear power station, Fukushima Dai-Ichi, collapsed under the natural forces, causing radioactive contamination which will remain on the land for an undefined period of time. This specific form of environmental pollution manifests itself almost like a supernatural force – invisible to all our senses, like a curse, rendering the land into a non-place.

This project consists of a single channel video (full HD, stereo, 15 min. 45 sec.),  photographs and a device, helmet, suit which together compose the actor’s uniform. In the film, we observe a young man as he explores the landscape during one day from morning to nightfall. He wears the uniform which allows him to measure and display the ambient radiation: His extended device contains a Geiger counter unit and his helmet ornament lights up in relation to the sensor readings. Information on current radiation levels receives a symbolic meaning that is revealed over time as the contemplative short film progresses. 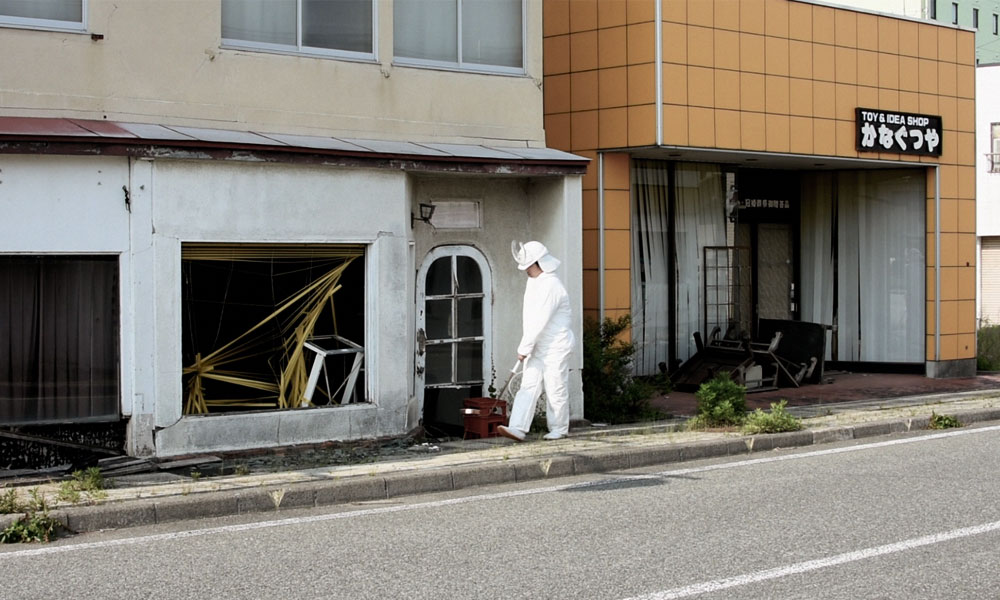 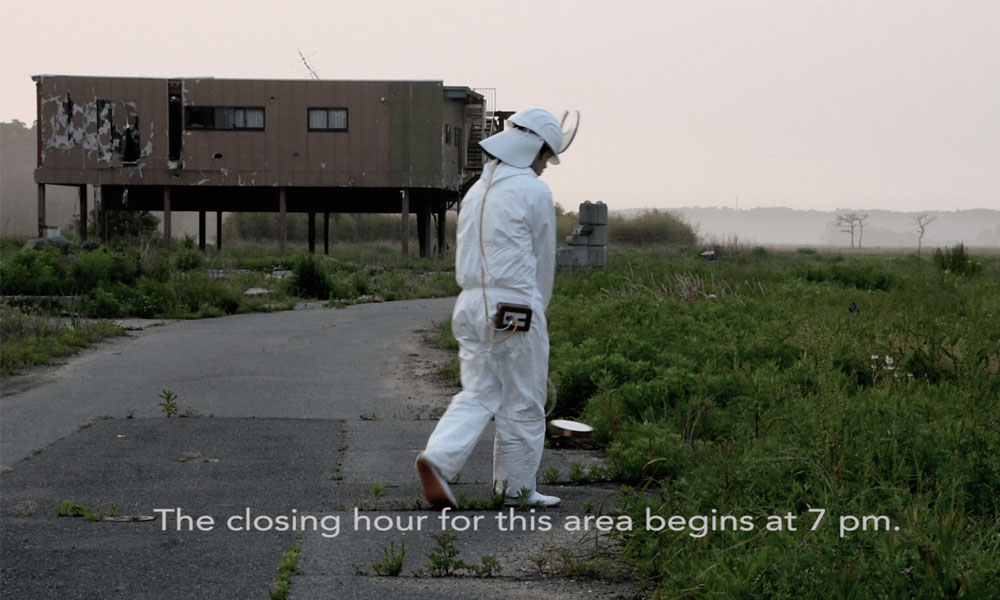 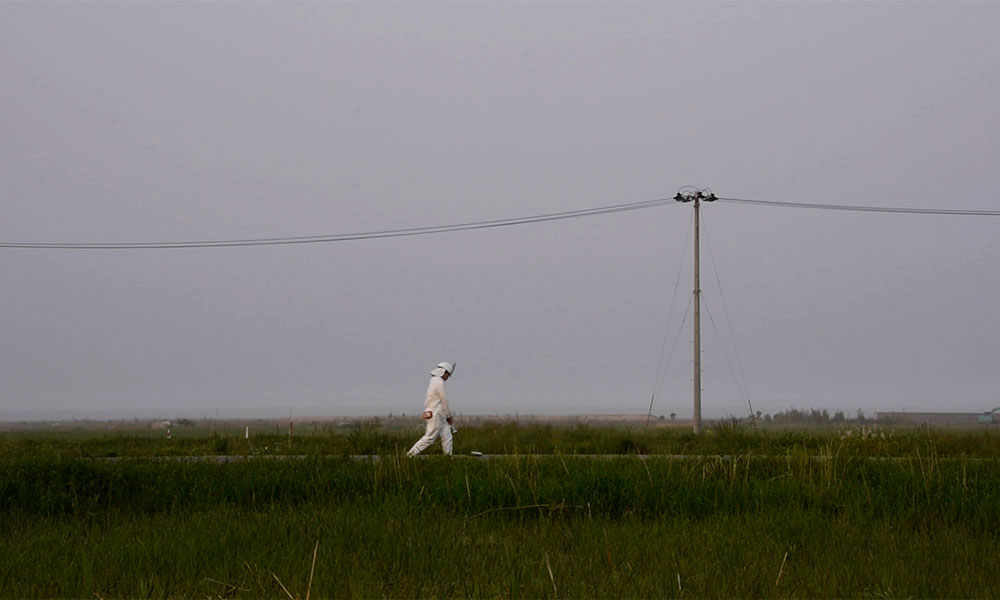 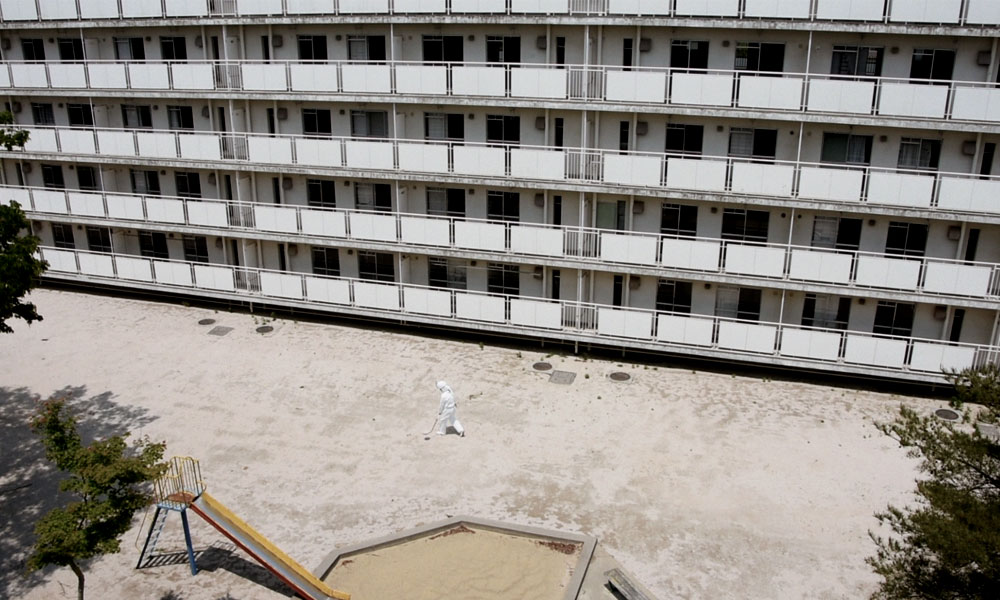 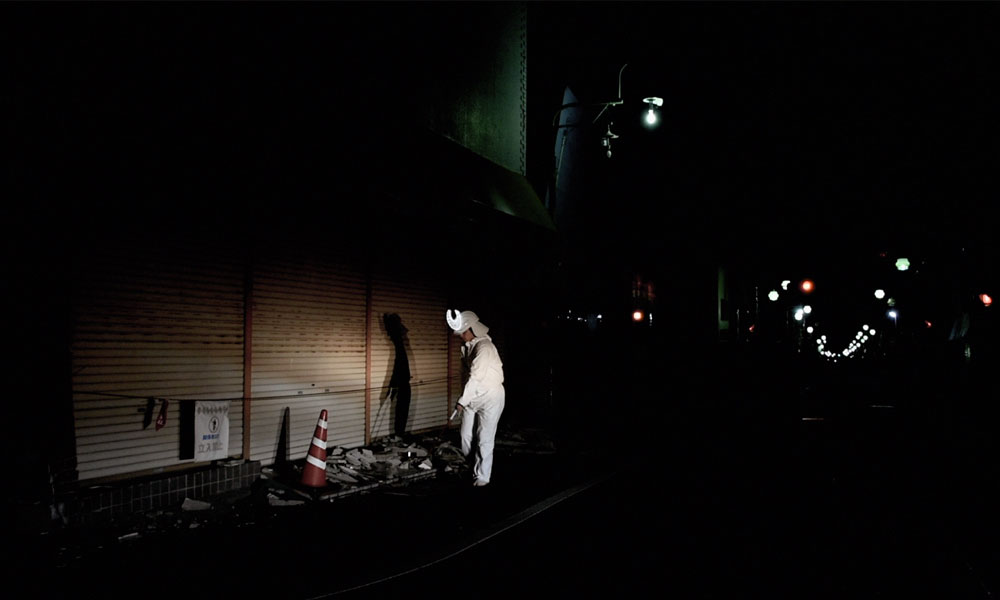 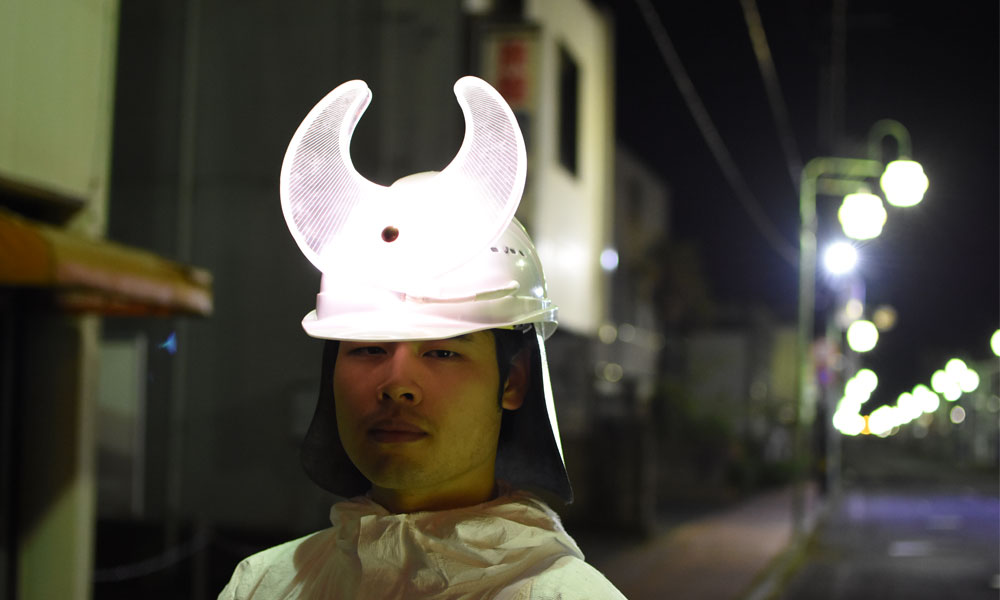 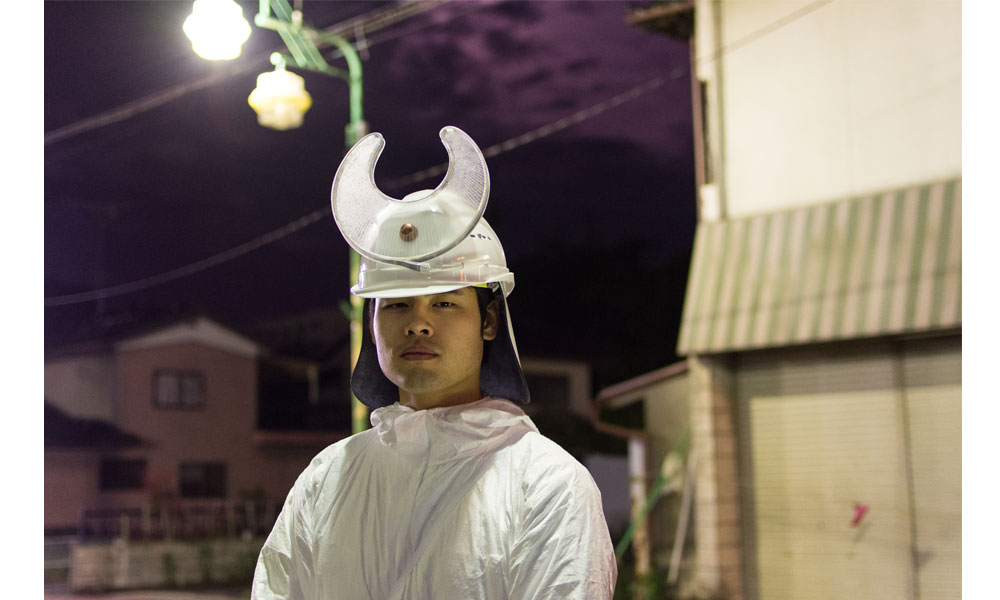 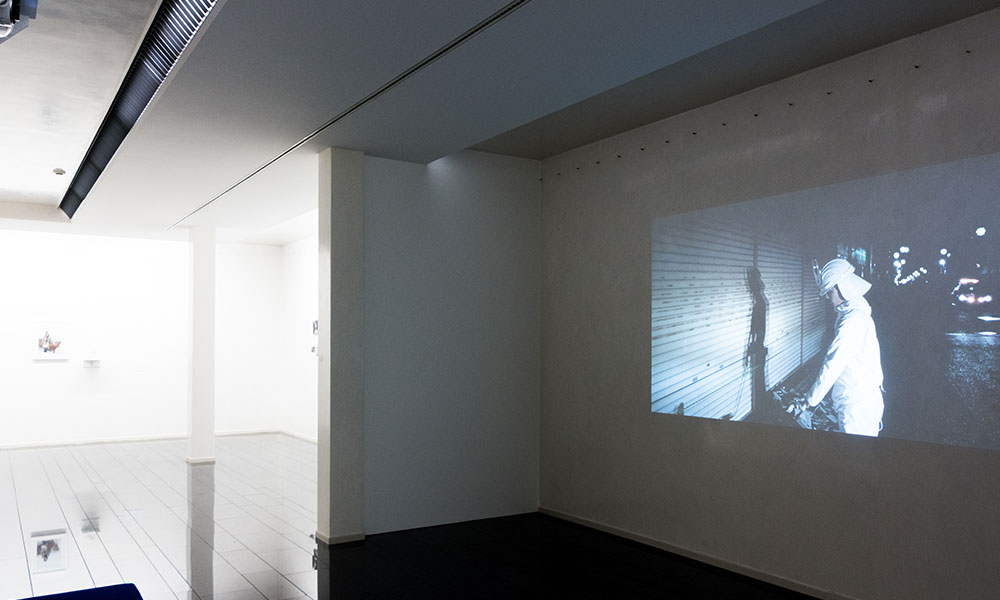 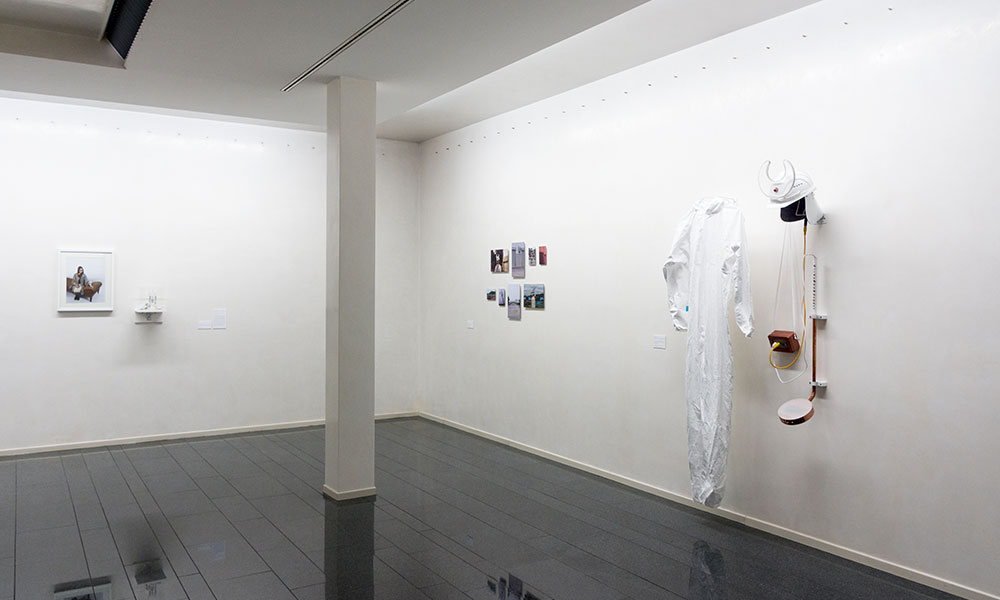 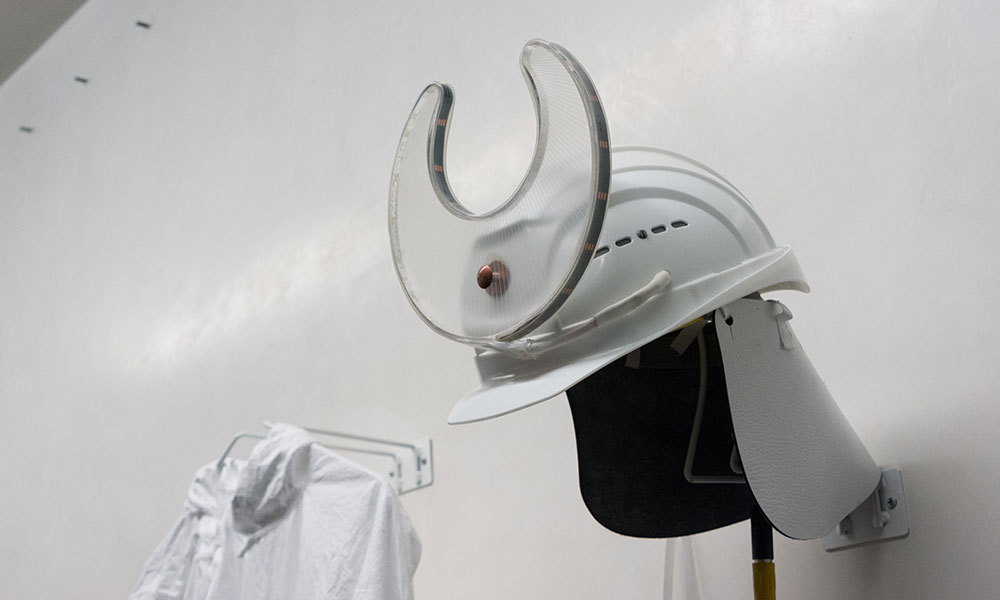