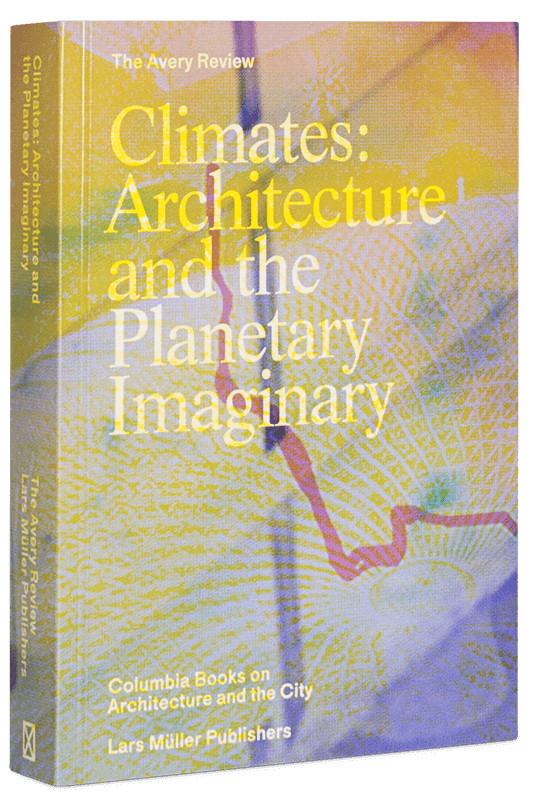 Climates: Architecture and the Planetary Imaginary

(…) In a different valence, Susanna Hertrich offers a tool for molecular becoming. Her proposition is less about the commons than about the possibility of futurity, and the necessity to become-with animals and techno-objects as a matter of survival. Jacobson’s Fabulous Olfactometer (JFO), a sensorial prosthesis, is worn on the head and triggers the “flehmen response” in the wearer when air pollution levels become too high. The flehmen response, which is seen in horses, elk, goats, young elephants, felines, and other animals, is characterized by a raising of the front lip to transfer air containing pheromones and other scents to the vomeronasal or Jacobson’s organ, a chemosensory organ located between the roof of the mouth and the palate. The animal uses the response to detect non-volatile organic compounds, like urine and hormones. In the human prosthesis, the movement becomes a warning device. Jacobson’s Fabulous Olfactometer is a prosthetic becoming-animal. The boundaries of the human sensorium are extended in an adaptation adequate to the molecular threat that we have induced in our environment—capitalism molecularized as the output of fossil fuels, particulate matter, persistent organic pollutants, plastics, flame retardants, and hormones. “Do not imitate a dog,” Deleuze and Guattari write, “but make your organism enter into composition with something else in such a way that the particles emitted from the aggregate thus composed will be canine as a function of the relation of movement and rest, or of molecular proximity, into which they enter.” This becoming-animal, which is figured as the future of human life, an accelerated human evolution driven by existing technology, is meant to help us cope with extreme environments. Hertrich’s prosthesis creates a kind of involutionary movement, a transversal space that adapts a response meant, most often, for sexual pleasure, here turned to a world of threat, but that still retains the capacity for play, and excitable communication. It is an “achievement” in the sense that Isabelle Stengers means, “as a collective participation of more-than-human agencies in a changing world.

Climates: Architecture and the Planetary Imaginary, Lars Müller Publishers – in collaboration with The Avery Review and Columbia University, 2016